This year marks the centenary of a pianist whom London orchestral players nicknamed ‘Ashtray Annie’. Only at the keyboard did she have a cigarette out of her mouth. Annie Fischer (1914–1995) was one of those female pianists who, despite their spinsterish appearance, possessed far richer imaginations than splashy male virtuosos. Clara Haskil and Marcelle Meyer also come to mind.

Of the three, only Haskil — a physically frail Romanian celebrated for her purity of line — is today given the recognition she deserves: Pope Francis recently named her as his favourite Mozart pianist. Meyer, who as a young woman played for Debussy, had a technique of such refinement that she could liquefy trills and arpeggios without any loss of accuracy. I remember playing one of her Chabrier recordings for The Spectator’s new arts editor. ‘How is this not water?’ he asked. Her omission from Philips’s 200-CD set of 72 Great Pianists of the 20th Century was inexplicable. 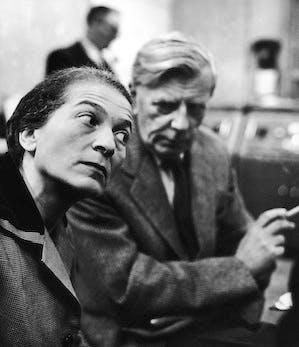 Annie Fischer’s absence from the same set was more than inexplicable: it was a disgrace. What were they thinking? (André Previn made the cut, for Christ’s sake.) She doesn’t just belong in the top 72 pianists of the last century. She belongs in the top ten. Fischer was a patriotic Hungarian, though that didn’t help during the war when, as a Jew, she had to seek safety in Sweden. Afterwards she lived in Hungary with her husband Aladar Toth, director of the Budapest Opera. She also toured internationally. BBC Legends has preserved some magnificent recitals she gave in the Usher Hall, Edinburgh, and the concert hall at Broadcasting House. Snap them up. There are still far too few Annie Fischer recordings on the market.

When she died, Niel Immelman wrote in the Independent, ‘The balance she maintained between form and content, while keeping an apparently effortless freedom of expression, was reminiscent of Wilhelm Furtwängler; her command of Beethoven’s thought process was comparable to Artur Schnabel’s.’ I’d go along with that. Her readings of Schumann’s Fantasy in C — which can come across as sprawling or a masterpiece of concision, depending on the pianist — achieved precisely the balance that Immelman refers to. And her style was indeed reminiscent of Schnabel’s. Like him, she attacked movements on impulse. Her fingerwork was in better shape than his — she could apply her stabbing touch to a scale at incredible speed — but she shared his belief in ‘safety last!’ Live recitals invariably included dropped notes, though they didn’t matter in the slightest.

Fischer’s approach was more masculine than Haskil’s or Meyer’s. She hammered away like a pneumatic drill when she thought the occasion demanded it — for example, in Beethoven’s piano sonatas. And she was fearless. She played the fugue of the Hammerklavier as an encore to her last London concert in 1992 — a crazy gamble for anyone, let alone a woman just about to turn 78.

By the end of her life she had immersed herself in Beethoven’s music as deeply as any pianist in history. In the late 1970s she recorded all 32 sonatas for Hungaroton, but spent years demanding retakes and patches. Then she refused to allow any of them to appear. After her death Hungaroton issued the whole set; critics were divided, but both Alexander Morin of TheAmerican Record Guide and Lynn René Bayley of Fanfare declared it to be the greatest cycle yet recorded.

‘Fischer kept striking me in such a way that I listened, open-mouthed,’ wrote Bayley, who felt that for the first time she’d encountered a pianist who truly grappled with Beethoven’s abrupt changes of tempo and dynamics. ‘Grappled’ is the right word: people who saw her play said she looked as if she was wrestling the piano. The big drawback was the horrible sound of Fischer’s Bösendorfer, which she’d punished so hard that it sounded like the honky-tonk piano of another sadly forgotten lady virtuoso, Mrs Gladys Mills.

That was what put me off acquiring the set, which in any case was impossibly expensive. Hungaroton have since reissued it, though it’s still not cheap or widely available. For some reason the idiots didn’t remaster the recording — but I’ve discovered that if you lower the treble and raise the bass on your stereo, or better still run it through iTunes’ ‘small speakers’ preset filter, the problem is more or less solved. The best Beethoven cycle? Maybe: it’s up there with Schnabel, Kempff, Brendel and Kovacevich.

For an introduction to Fischer, I’d recommend a new Hungaroton three-CD Centennial Collection, which is both cheap and easily obtainable. This includes a 1965 performance of Beethoven’s Third Piano Concerto in which Fischer dances her way through the finale. Somehow ‘Ashtray Annie’ persuades you that she, not Beethoven, has created the piece on the spot. Every note is a surprise. I can’t stop listening to it.

‘Ashtray’ Annie Fischer was a piano giant. Why didn’t more people realise this?

Bowled over by Bruckner

Australia is turning into a prison colony (again)

The problem with not vaccinating teenagers