I have directed 13 feature films in the US and now, for the first time, have shot one in Los Angeles. The leading actor in Henry Joseph Church is Eddie Murphy, playing a dramatic role rather than a comedic one – the latter genre having made him world famous since his first TV appearance at the age of 19. Before production began I was warned that he was ‘difficult’, ‘always late’, ‘left his stand-in to do reverse angles’ and so on. With only a 23 day shoot – (the budgets are squeezed these days unless the film is an action hero or zombie effort or the director’s name is Spielberg or Luhrmann) – I was anxious, to put it mildly. Murphy turned out to be a total professional, courteous, word perfect and collaborative. Even punctual. 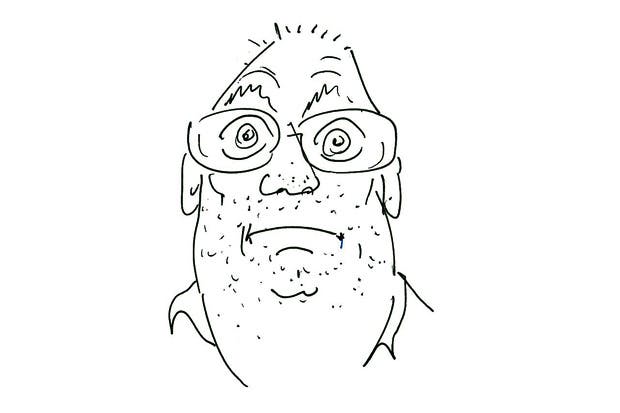 Los Angeles is certainly a movie town, but there are a surprising number of small theatres, where, I suppose, mostly out of work actors display their talents. There is an equity agreement; provided there are 99 seats or less, the actors can work for a fee of around $12 per performance. They could earn much more valet parking or waiting tables, but then their acting skills wouldn’t be on display. The productions I’ve seen over the past few months have been first rate – and not just the acting, but the sets, lighting and direction. A riveting production of Noel Coward’s The Vortex, a charming version of Terence Rattigan’s Flight Path, and a magic show/play Smoke and Mirrors – loaded with magic tricks that had me, always credulous, gasping.

Australians are dominant at the moment in the regular (non Equity-waiver) theatres. At the Geffen a production of Joanna Murray-Smith’s stunning two-hander Switzerland, about an incident in the life of eccentric thriller writer Patricia Highsmith, has had rave reviews. At the Ahmanson theatre Barry Humphries filled all 2084 seats every night of his six week run. Not bad for a one-man show at the age of 82. He is currently performing in Palm Springs, following a triumph in San Francisco. Next are Toronto and Washington.

There has been a drought in Southern California for the past four years. Photos regularly appear in the papers and online of boats abandoned on dried up lakes. Water restrictions have at last been introduced with the simple method of charging householders for the amount of water used. This has cut down, for example, or frequent car washing. Councils no longer water municipal lawns and many suburban gardens have been changed over to low or no-maintenance ‘desert’ gardens of sand and cactus. Church groups urge people to ‘pray for rain’, not a notably successful method of drought-breaking. More practical are the desalination plants being built up and down the coast, though this solution is not problem free – apart from the expense, there is damage to ocean life, a large carbon footprint and the difficulty of disposing of the massive salt residue.

Turner Classic Movies recently had a weekend of ‘classic’ films at the legendary Chinese theatre, an elaborate faux Oriental building which opened in 1927. Although in the sleaziest part of Hollywood, it is still a key venue for premieres and special events. My wife and I fought our way through a vast crowd of onlookers, celebrities and photographers to see a stunningly well restored print of The Sound of Music, made exactly fifty years ago. Both stars, Christopher Plummer and Julie Andrews were present and reminisced onstage about the making of the film. Plummer, dismissive of the film in the past, was gracious on this occasion, though it was hardly an ideal situation, among 2000 obsessive fans, in which to disparage the work. I must have been the only audience member who had never seen the film before. Unexpectedly, I enjoyed it, despite the corny story line and indifferent songs. There is no denying the overall vivacity, good nature and charm of the piece. Only a total curmudgeon could fail to be moved by the gallant Trapp family escaping the Nazis. My old friend, Nicholas Hammond, now an actor and writer living in Sydney, was one of the Trapp children. It must be fascinating (terrifying?) for him to see himself, never ageing, always at the age of eleven. Three other ‘classic’ films were shown including an effort of mine, Breaker Morant, shot in South Australia in 1979. The film was well received , although I was disappointed in the print sent from Canberra, which, in contrast to the flawless copy of The Sound of Music, was far too light and lacking in sharpness. I rushed back to the projection box where the world-weary projectionist demonstrated that the film itself was out of focus so that the fuzziness was not the result of his incompetence.

Santa Barbara is about a 90 minute drive up the coast. Virtually obliterated in the 1925 earthquake it was rebuilt in a charming mock-Spanish style and is probably the only American town I’ve ever seen which is clearly the result of thoughtful town planning. The local art gallery had an impressive exhibition of paintings borrowed from the Glasgow gallery. I quickly zipped past a number of masterpieces to dwell in front of pictures by two of my favourite painters, James Tissot (1836-1902) and the much-reviled WilliamBouguereau (1825-1905). The latter is sentimental in the extreme, and I’m aware I should despise his work, but I find his portraits – undeniably technically superb – extremely moving. Perhaps I shouldn’t admit it, in the interest of my butch image, but at a retrospective of his in Paris some years ago I found my eyes suddenly filled with tears as I stood in front of his painting of a child. I must be getting old – touched by Puccini librettos, The Sound of Music, – and Bouguereau.

Some have wokeness thrust upon them

A victory for freedom and democracy